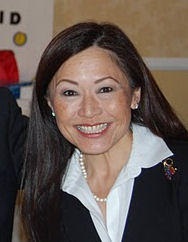 Carol Quan was raised in Los Angeles and graduated from the University of California at Los Angeles, with a Bachelor of Arts in Political Science and a Certificate in Business and Administration.

Mrs. Quan has worked for over thirty-one years at the Los Angeles County Office of the Assessor. She began her career in 1986 as a real property appraiser trainee and has risen through the ranks in assignments ranging from property valuations to special investigations.