Do I Realize How Biased I Am?

People have an innate desire to be fair. However, bias impedes fairness. In fact, bias is defined as “an unfair personal opinion that influences your judgment”. Thus, our biases can lead us to inadvertently be influenced by stereotypes and otherwise act in discriminatory ways. As such, bias impacts justice, ethics, morality, and the law. This makes bias a very serious concern, which is why it seems as though everyone is talking about bias these days.

We are all biased. Our biases vary from person to person depending upon our personal backgrounds and life experiences, which include the culture in which we live.

Our personal backgrounds have very much to do with our parents and how they raise us. Our life experiences have to do with everything we experience in our lifetime, including people we befriend, schools we attend, courses we take, books we read, our sources of news, etc. Our culture, which is an aspect of both our personal backgrounds and life experiences, includes a group’s language, beliefs, assumptions and values, which lead to norms – expectations or rules of behavior. These things shape our perceptions of others and our worldview, which form our biases.

Explicit biases are conscious biases and tend to arise as a result of perceived threats. The operative word in that sentence is “perceived,” which relates to the basis upon which we formed those biases.

Implicit biases are unconscious biases, meaning we are unaware of them – they are blind spots.

Mark Baer will be facilitating an interactive program with attendees on the topic of bias, its impact, and what we can do to reduce or otherwise “manage” our biases. 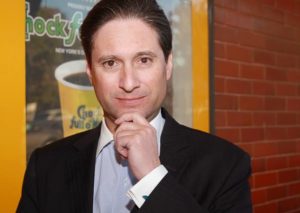 Mark B. Baer works as a mediator, attorney, conflict resolution consultant, author and editor. His transition from lawyering to these other areas resulted from a paradigm shift he experienced after his eyes were opened to realities of our adversarial legal system that he had previously been blinded to or hadn’t fully comprehended, despite having been a practicing litigator for fifteen years. This awakening occurred in his capacity as successor trustee of his mother’s trust and executor of her will and a creditor claim taken though trial and a subsequent appeal. What he learned though that experience shook him to the very core of his being, so much so that he seriously considered moving abroad and giving up the practice of law entirely. Instead, however, in 2008, he learned about mediation and conflict resolution and developed a particular interest in the subject of bias, its impact, and what’s required to address it. Since then, Mark has spent an extensive amount of time learning about, developing and honing skills central to work, as well as researching and publishing prolifically on the interplay between psychology and conflict resolution within the field of family law, as well as familial and interpersonal relationships in general. His articles have been referenced in books, law review articles, and by non-political evidenced-based public policy think tanks.

Reference Articles:
Mind the Gap: What life experiences have led you to feel the way you do?

The Power of Empathy

Empathy Is the Key to Conflict Resolution or Management: Empathy has been found to undermine biased conflict perceptions

Empathy Can Lead to Profound Insights: Empathy gleaned through perspective taking is essential to critical thinking

The Connection Between Empathy Toward Others and Ethics: Empathy toward others is a precondition to an ethical life

Empathy and Morality: What person or group have you judged as immoral, if any?

Is Teaching Tolerance the Solution or the Problem? The only difference between tolerance and intolerance is political correctness