It’s Amazing How Much We Need Each Other

Topic: It’s Amazing How Much We Need Each Other

Being a small business owner has its benefits and its drawbacks. However, developing a community of supportive one-to-one relationships can add joy, insights as well as new opportunities.

Group problem-solving doesn’t hurt either. The Fiduciary Round Table started as a small discussion group to explore fiduciary matters because I needed friendly support from like-minded professionals and laypeople too. 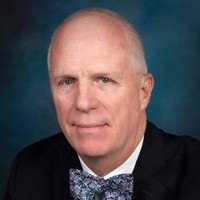 A baby boomer to be sure, Harcourt Hervey was born in Los Angeles in 1946, nine months and three days after his father’s return from WW2. “Hark” as he likes to be called, grew up in Pasadena, attending its public schools. His college years were spent at USC, where he graduated with a business degree in 1968. He was called to active duty (1968-1970) in the California National Guard, following in his father and grandfather’s footsteps. He graduated from Loyola Law School and was admitted to the California Bar in 1973. Fredrick J. Weitkamp was his first employer and mentor (1973-80). Thereafter, he joined a larger Los Angeles specialty law firm, Lewis, Marenstein et al (1980-1982), before opening his own office in 1982 in South Pasadena.

Since 1973, Hark has been helping individuals, couples and families create and maintain their wills, trusts and related legal documents based on their needs and concerns.

During the mid-1970’s, he re-instituted and chaired the Probate Section of the Pasadena Bar Association, which had fallen into inactivity for some years. As computers came into general use, he taught the first CEB course in the computerized preparation of probate accountings in the format which is now standardized statewide.

In 1982, Hark started holding a monthly attorney discussion group in his office, which gradually evolved into the Fiduciary Round Table.

Since 1992, Hark has been helping individuals and families solve estate, trust, probate and elder law issues by serving as a professional “neutral” mediator. His mentor was Richard H. Millen (now deceased), one of California’s first holistic mediators.

During 2011, Hark developed and implemented the “Family Summit Confer-ence” mediation model to assist in group problem-solving in a gentle but democratic setting. This process has been successfully utilized by family groups of as many as 20 participants.

A distinguishing feature of Hark’s mediation methodology is his use of “non-violent communication” to put mediation participants at ease while negotiating their thorny issues. Since 1992, he has mediated more than 1200 matters.