I will outline current knowledge of Alzheimer’s disease (AD) and what we are doing at HMRI. The cause of AD is not known, so how can we treat what we do not even understand? The damage to the brain in AD is slow (called neurodegeneration) and starts decades before symptoms. We are studying what we think is the fundamental cause of AD. To do this includes developing tests to screen for AD damage in the pre-symptomatic stages, including a urine test. before symptoms are recognized. I will describe the stage of our ongoing work. I also invite anyone over 60 years young to join us. 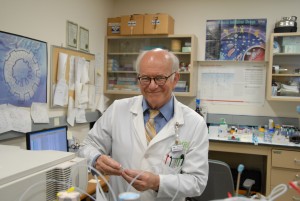