Tomorrow Never Dies – If you preserve your media assets NOW

Video tapes, audio tapes, home movies, photographs, slides and documents all have a finite life. Precious, irreplaceable memories are collecting more than dust, they are crumbling on shelves and in storage boxes.

Many families or responsible parties are unaware that deterioration is a real issue and these assets are vulnerable and in a constant state of decline.

Families can transfer these memories and history into digital form so they are saved from further deterioration, are preserved for the future, are safe from hazards of fire, flood or earthquake, and can then be easily replicated, disseminated and accessed at home and by cloud storage technology.

Steve will talk about his experience transferring these treasured assets, fiduciary solutions and a surprising way that some of this media has generated an unexpected bonus. 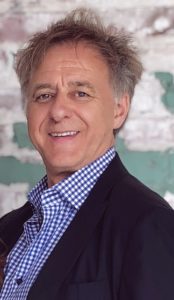 Steve Goodwin has worked in television production and post production for over 30 years, first in London and then for the last 25 years in Los Angeles.

He co-owns the Hollywood post production studio Visual Image and has a division providing media archiving.

As a professional session musician, who toured all over Europe, he progressed into a new market in the 90’s called MUSIC VIDEOS.

After ten years of music video production, Visual Image was asked to provide expertise for a music legend. When the archive arrived, Steve began to realize that master archive videotape elements from the singer’s personal collection were deteriorating badly. Some of the tapes were nearly impossible to play, and, worryingly, some of these elements were the only copies in existence.

Since then, Visual Image has been actively working with individuals, families and companies to safeguard all types of media assets by transferring them to digital formats before it’s too late.

Steve is an industry authority and trusted advisor to the royalty of film and music. But understanding that all memories are priceless, we encourage everyone to preserve what is most important to them.