U.S. Immigration and the Aging Adult

Through a general introduction to U.S. immigration law, Attorney Heather L. Poole will address the common immigration issues encountered by the aging adult including their own immigration status or lack of it and their relationships with family members and caregivers with immigration hurdles who they encounter and may want to help. Immigration cases and options available can easily be impacted by one’s length of stay inside the U.S. and travel outside of the U.S., prior entry history, tax and financial decisions, and health and language issues, among others. By the end of this introduction, you will know the basic lingo, how the system works, and how to relate better to your aging client, their helpers and family members when U.S. immigration issues arise. 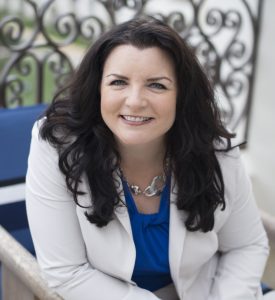 Speaker: Heather Poole, Attorney
Attorney Heather L. Poole’s life calling is to save immigrants in trouble. She regularly represents professionals, families, caregivers and employees mostly from the tech, engineering, and healthcare fields located throughout the US and all over the world who are in crisis – either at risk of losing their green card because of abuse or divorce or arrest or are facing deportation or separation from a loved one due to past immigration violations such as entering the US illegally, overstaying a visa, or lying to the government on a visa application out of a past act of desperation.

She is a Certified Specialist in Immigration and Nationality Law by the State Bar of California, is an internationally published author on complex family immigration issues including having been featured on the cover of Los Angeles Lawyer magazine and published by the Orange County Lawyer and, the State Bar of California’s International Law Journal, among others. She regularly trains other immigration lawyers in national conferences and has written multiple articles published for the American Immigration Lawyers Association, where she served for many years on the National Board of Directors. She has been rated a “Super Lawyer” for many years by her colleagues on superlawyers.com – in the top 5% of immigration attorneys in Southern California, listed in Los Angeles magazine’s top women attorneys annual list for excellence in immigration law, and named a Top Attorney in Pasadena Magazine for over a decade.

A long term volunteer for multiple agencies, she is most proud of her work with the Domestic Violence Project of the LA County Bar, her work with San Gabriel Valley’s Haven House domestic violence shelter and Project Sister, the Inland Empire’s sexual assault crisis center. She proudly lives and works in the San Gabriel Valley, is a Cal Poly Pomona grad, and proud mama to a Labradoodle named Patrick and three cats that rule the house.